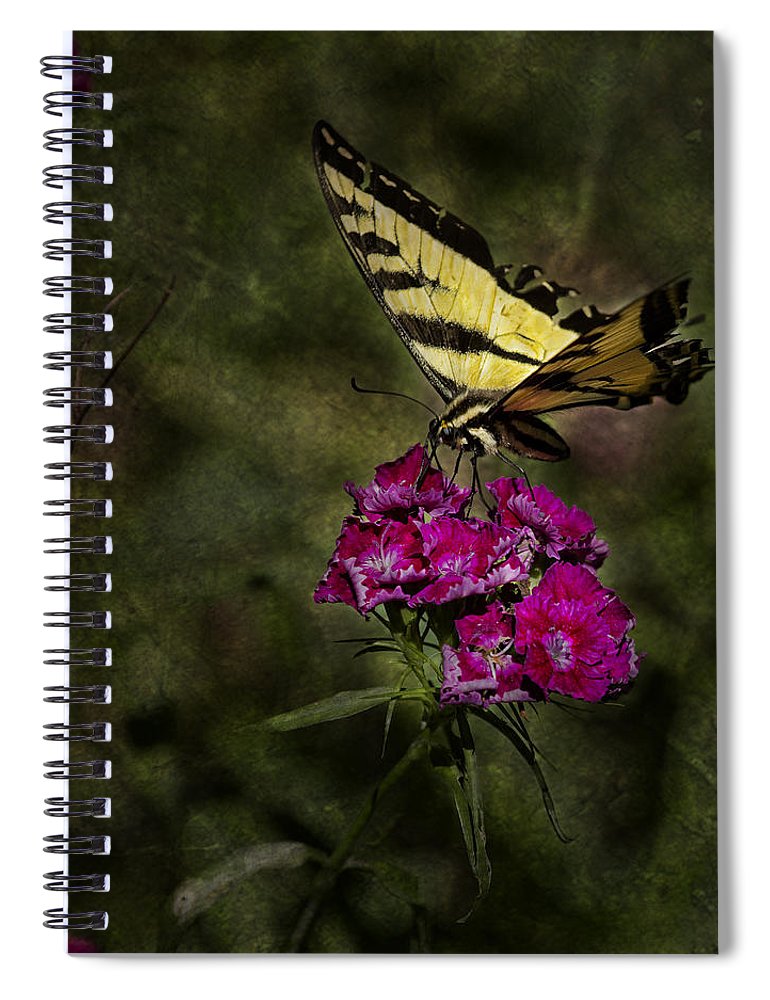 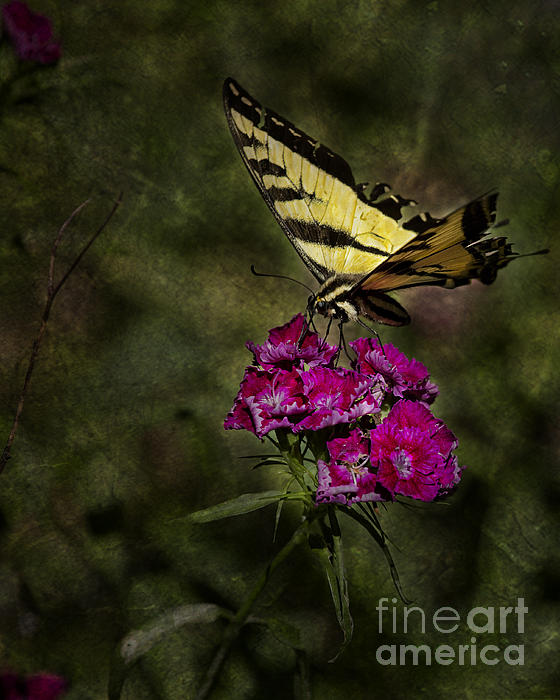 Boundary: Bleed area may not be visible.

Click and drag to re-position the image, if desired.

The image is near the edges of the product but doesn't cover the entire product.   Some of the background color may appear around the outside edges of the image.

Our spiral notebooks are 6" x 8" in size and include 120 pages which are lined on both sides. The artwork is printed on the front cover which is made of thick paper stock, and the back cover is medium gray in color. The inside of the back cover includes a pocket for storing extra paper and pens.

The butterfly counts not months but moments, and has time enough. ~Rabindranath Tagore... more

Wonderful work on this Belinda!

The processing really puts the butterfly in the spotlight it deserves; color is excellent

So nice! Wonderful work! great one to visit again and share!

The butterfly counts not months but moments, and has time enough. ~Rabindranath Tagore This butterfly is a Eastern Tiger Swallowtail spotted on a pink flower. It was rather large. What I like about him, was that I was able to see so much of his striped thorax, and that his proboscis is quite clearly seen. Later that I noticed how ragged his wings were. It made me think about the fragility of these creatures, and how a strong wind might blow them into things, and how that might affect their flight. I think people are so charmed by butterflies not only because of their beauty, but also because of the transformative life cycles they have, from egg to caterpillar, to chrysalis to butterfly. Life for a smaller species of butterfly can be a matter of days, about a month, but for the larger species they can live 9 months to a year.

Welcome to my page! There's a lot of photography here, so feel free to make multiple visits. The work can be viewed in galleries or you can search by keywords or title. I have a passion for the natural world and the living creatures that inhabit those places. The stunning beauty of our world and the wild animals that share this earth with us deserve to be revered and protected. In 2019, I was honored to have my work, Cougar Reservoir On A Snowy Day, published in the UK Sunday Times for their interview with Barry Lopez, the nature writer. In addition, recently, three large prints of waterfalls (Spirit Falls with Reflection, Moon Falls, and Pinard Falls), were bought by the Cottage Grove Ranger District Office to decorate their new...